This weekend, I have mainly been working a loooong, quiet locum shift.

Its been a good few years since I regularly worked in community pharmacy, and I notice there are a whole load of new products on the shelves each time I do a shift. Most of them can be dismissed with a quick glance, as they tend to be (more expensive) combinations versions of things that already exist. However, there appears to be a new shiny cold sore product which contains a whole new drug, and is advertised as "a big breakthrough". I'm talking of Blistex cold sore cream, "The only product in the UK to contain docosanol"
Docosanol, according to the manufacturer's information, works to stop infection spreading by protecting healthy cells and speeding healing. 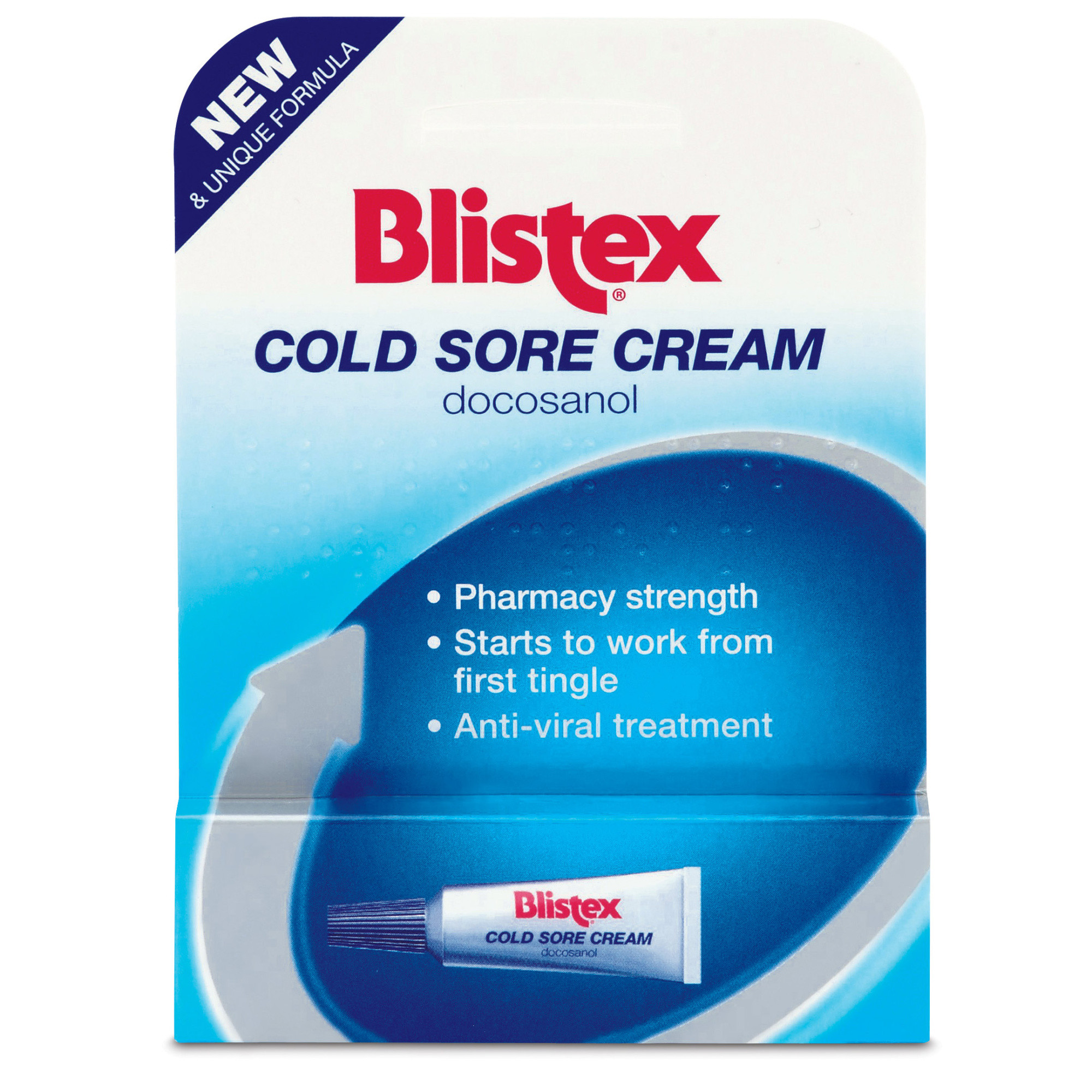 Now, i'll be honest here. It's late, and I've had a long day, so i'm not going to look right now into the evidence of whether or not it is better than aciclovir (generic version in this particular pharmacy: £1.99). I do, however, have a few points to make without even bothering looking into the evidence.
UPDATE: having had a quick look, it seems there is no comparative evidence for docosanol against the other antivirals, so we don't know whether or not its any better than aciclovir. It appears that it can reduce the time of a cold sore by about 1 day compared to placebo (significant statistically, but how significant is this in real life?). When applied at the early stage, it seemed to reduce progression to a blister by 34% compared to 24% placebo. This is hardly setting my world alight, if im honest.

Apparently this new product works at an even earlier stage than aciclovir does. Well, that's great and all, but how many folk manage to get to a pharmacy immediately when they feel the slightest tingle? I'm sure most pharmacists would agree that the vast majority of people who seek advice for a cold sore already have one, sat proudly atop their lip, throbbing away and generally going about their business of making the sufferer feel like a monster. They are terrible things, and as a fairly regular sufferer I know just how awful they can make you feel. So people are desperate to get rid of the thing as quickly as possible, and its not often that they will listen when i tell them that antivirals do very little once the little beggars are out of their nerve hideyholes.

So we're left with a new product, which costs a hell of a lot more than generic aciclovir, and its selling point appears to be that you can use it earlier, which very, very few people will. So without that in its favour, it basically appears to exist to play on peoples' insecurities, if you ask me.

Once your cold sore is out, you'd be better off just rubbing money into it directly than to bother with any antiviral products.

PS. At least this product does have one thing in its favour, namely that it has less likelihood of mispronounciation of its name. People asking for "Zovurax" used to be one of those small, irrational annoyances that would send me into a spiral of anger and hatred for the world. In my head, I would be wildly screeching "It's for a VIRus! It's called ZoVIRax, for goodness sake!"
Posted by SparkleWildfire